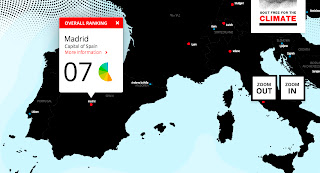 You can check the ranking and look for more information of each city here. 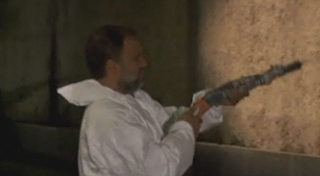 Some Scientists from Belgium are studing a new way to reduce air pollution. It is a concrete covered by a chemical with titanium oxide and It is illuminated by ultraviolet lights.

They are testing it in a tunnel with traffic, if It works they will use this method in others tunnels in Bruselas.

Some awesome maps from WORLMAPPER: 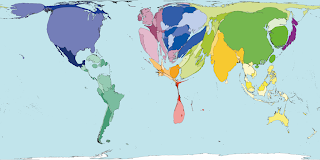 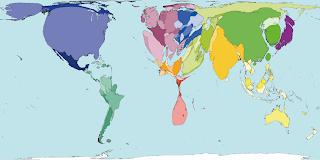 New Rules for Bicycles in Madrid 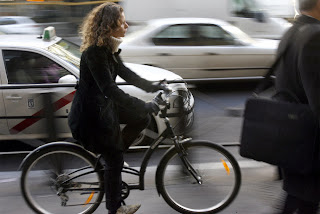 Traffic Department will amend the Rules for bikes circulation in the city this year.
They want to give priority to bicicles against cars on the streets which are limited to 30 Kmph. Cyclists will be authorized to drive along on sidewalks with more than three meters wide, but in any case, respecting one metro from the facades of buildings to allow a clear passage for pedestrians.

Alfredo Pérez Rubalcaba clarifies that there should be a bike lane to differentiate the areas for pedestrian and for bicycles.

You can read more at El Pais , Madridiario, El Mundo.

Visionary of the Science

The ERC finances the most advanced projects of scientific research (266), and 13 of them are spanish.

The projects are varied, but they all rely on the ability to control matter (alive or inert), and in the fact that now it´s possible to manage and interpret huge amounts of data of almost everything.

The project of Jordi Bascompte (CSIC) in the Biological Station of Doñana researches how to simulate and predict the way that the nature would be affected by a massive disturbance as the climate change.

Congratulations to all of them! 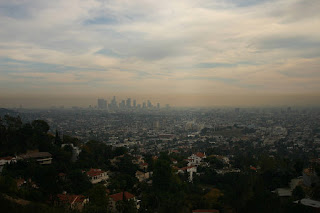 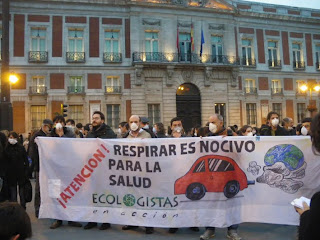 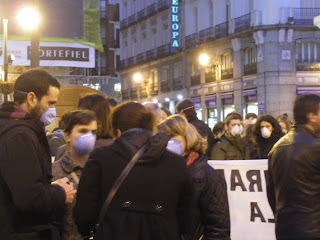 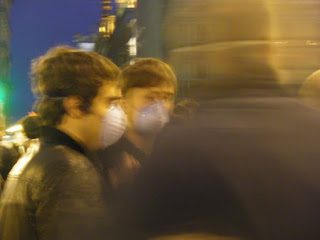 Last saturday It was the 1st Flashmob against pollution in the center of Madrid!!!
You can read more at El Pais.
Images: Marina Fernández Ramos.
Publicado por mfr en 0:57 No hay comentarios: